Is There a Safe Penny Auction? 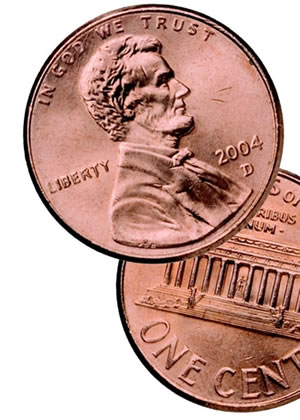 “Is there such a thing as a safe penny auction?” My friend Chuck asked me the other day.

“That depends on your definition of safe” I replied.

“If you mean is there any penny auction site where if you bid and lose you can get your money back then yes I can recommend a bidding site for you. Most notably is the biggest penny auction site in the US, Quibids.com. They have a buy it now option on every single item. The catch is, that you are paying the “Quibids Retail Price” and not the discounted price you could probably find with some internet searching. You probably saw the Q bids TV commercial that explains how it works briefly but were wondering what the catch is.

What is the safest penny auction site today?

“I need to know that the penny auction site is not using a computer program to bid against me and keep the auction going and me spending my bids.” Well, that is a whole different animal and in this case you are looking more for a trustworthy penny auction site. This is so important. Penny auction sites that use shills, have scripts built into the software to bid against you or engage in any sort of bidding against the users is a site that should be blacklisted and never bid at.

The good news is that there are legitimate penny auction sites that give you a fair auction. You can find these sites listed at the top of our most trusted penny auctions This is the most important thing. If you are bidding at a site that will cheat against you, you will never get a good deal. There are legitimate penny auction sites that I would not call a ‘safe place to bid’ because you can lose money bidding there. Beezid.com comes to mind. It is legit in that the site is not cheating or using shills but it is risky because none of their auctions have a BIN option. They are a high risk, high reward site, and they are also trustworthy.

The big thing to point out when talking to people about being able to safely bid in a penny auction is that you first have to pick a site that you trust. This is the first step.

Next, you have to decide if you want to play in a lower risk, lower reward penny auction site like quibids. Or if you can stomach a higher level of risk for a higher chance of huge reward you could consider a trustworthy, but more risky site like Beezid or HappyBidDay.
What To Consider Before Bidding

The Auction Junkie, better known just as "Spry" grew up in the country in the foothills of north Georgia. I began playing competitive games like chess and backgammon at a very young age. I began playing poker somewhat seriously a year before Chris Moneymaker won the WSOP and have been doing so every since. Making the leap to penny auctions came fairly easy as penny auctions are strategic games with similar aspects to poker, chess and gambling in general.
This entry was posted in Blog, Penny Auction News, Tips. Bookmark the permalink.